Samar Halloum: From AUS to Yale and beyond | American University of Sharjah
Skip to main content
S 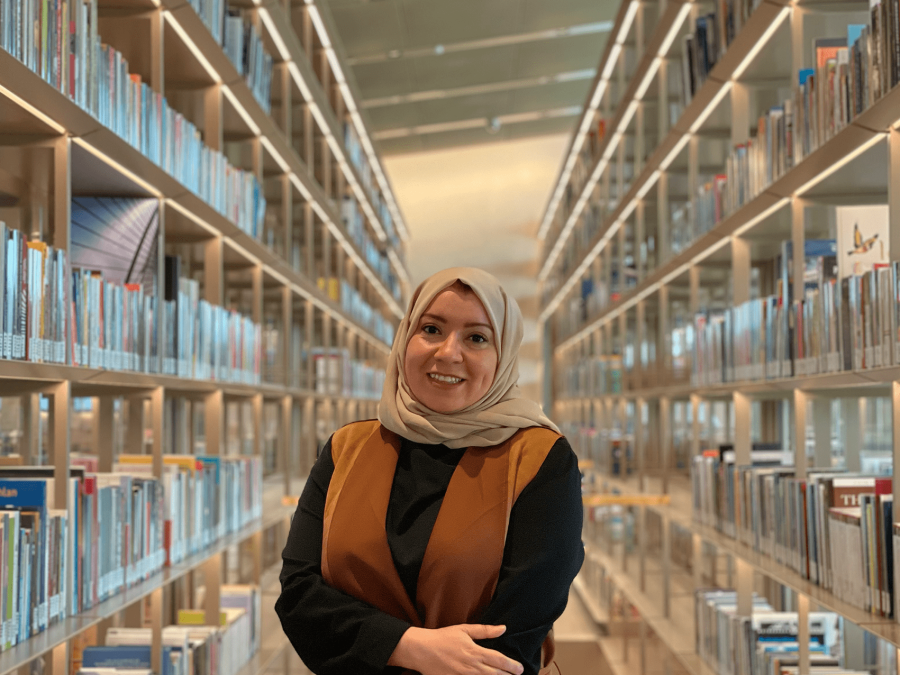 Samar Halloum: From AUS to Yale and beyond

Palestinian architect and designer Samar Halloum graduated from American University of Sharjah’s (AUS) College of Architecture, Art and Design (CAAD) in 2014 with a view to see her work create a social impact. Since then, she has contributed to the design of meaningful public spaces like Sharjah’s House of Wisdom, collaborated on the design and construction of a home for orphaned children in Tanzania, and undertaken independent research into built environments for the world’s most vulnerable communities.

Following her graduation from AUS, Halloum worked with Dubai-based firm X-Architects, founded by award-winning AUS alumni Farid Esmaeil and Ahmed Al-Ali. With this professional experience under her belt, she applied to some of the world’s top graduate schools, and was accepted into programs at Yale University, Columbia University, Michigan State University, Rice University and Cornell University. She eventually landed on Yale as her top pick, graduating this year with a Master of Architecture.

“A combination of factors drove my decision but what stood out to me the most in the Master of Architecture program at Yale is the research-focused curriculum offered to students already holding a NAAD-accredited professional degree in architecture—an advantage that AUS architecture graduates have. While design remains the focus of study at Yale School of Architecture, great emphasis is placed on each project's cross-disciplinary, theoretical and contextual research, making the course of study complementary to my education at CAAD and my work experience,” she said.

Distinguished for her outstanding research and consistently high academic performance, Halloum was awarded the William Wirt Winchester Traveling Fellowship by Yale University faculty upon graduation. Her design research explored how to “re-engage architects and designers in the making of existing problematic socio-political urban contexts, politically labeled as refugee camps.”

“This fellowship will allow me to research and explore an architectural topic by traveling to multiple destinations around the world for up to eight months,” said Halloum.

Halloum attributes her successful transition to studying at Yale to the rigorous academic experience she gained at AUS.

“AUS has given me solid creative and intellectual foundations that allowed me to excel during my six years of practice, followed by my education at Yale. It prepared me to face new challenges and complexities with the confidence to navigate and confront projects' urgencies to produce informed solutions,” said Halloum.

“Many courses and faculty—both within and outside CAAD—planted curiosity seeds that grew in me beyond my time at AUS. I continued to reach out to some of my professors at AUS for recommendations or research resources as I transitioned to exploring different topics at Yale,” she said.

Maintaining these long-term mentorship relationships with her professors has been key to Halloum’s academic, professional and personal accomplishments.

“Professor Kevin Mitchell has been an anchoring mentor from whom I've sought advice and guidance at critical intersections throughout my career and education. The independent research project I completed at Yale is one example where discussions with him have helped me through the process,” she said.

“Similarly, working on the Mkuranga Children's Home and School project in Tanzania—led by Professor George Katodrytis and joined by other CAAD faculty and alumni—was my first real experience utilizing my skills and knowledge as an architect in a project that creates built environments that enhances people's lives. Knowing that the first phase of the project is built and occupied by the children and their caretakers is a reminder of our education and collaboration's potential in tackling environmental, social and cultural issues,” she said.

With design research and academia remaining close to the designer’s heart, she hopes to continue working within or in a close relationship with both.

For more information about the College of Architecture, Art and Design at American University of Sharjah, and its outstanding alumni, visit www.aus.edu/caad.