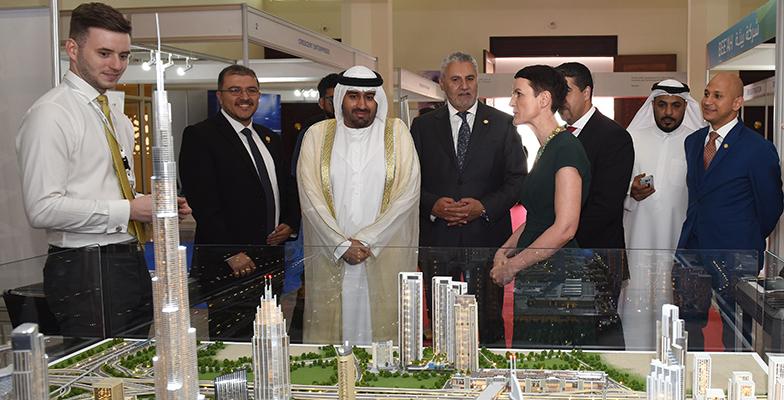 The annual event, which was organized by the university’s Office of Advancement and Alumni Affairs (OAAA), brought together scores of national and multinational companies.

Sheikh Majid inspected the various stands at the Career Fair, which included local, regional and international private, semi-government and government entities keen to recruit AUS students as full-time employees and/or interns. He was accompanied by Dr. Jeannette Vinke, the AUS Chief Operating Officer; Charles Diab, Executive Director of Advancement and Alumni Affairs, and other senior officials.

Graduating seniors and alumni got the opportunity to interact with corporate and governmental representatives interested in recruiting students and graduates. This year the Career Fair saw a host of prominent organizations such as Emaar, Crescent Enterprises, Petrofac, Unilever, Central Bank of the UAE, Henkel, Hill+Knowlton Strategies, JAFZA, Nestle and many more, participating.

The AUS Career Fair is a popular annual event that provides AUS students with the opportunity to explore various career paths and the future they offer. Commenting on the event, the students said that the Career Fair is very helpful as it provided them with the opportunity to meet with a host of potential employers from a wide variety of sectors, all of whom are present under one roof. They added that the event also gave them an idea of what the market was like and what skills were in demand.

This year’s event was supported by: