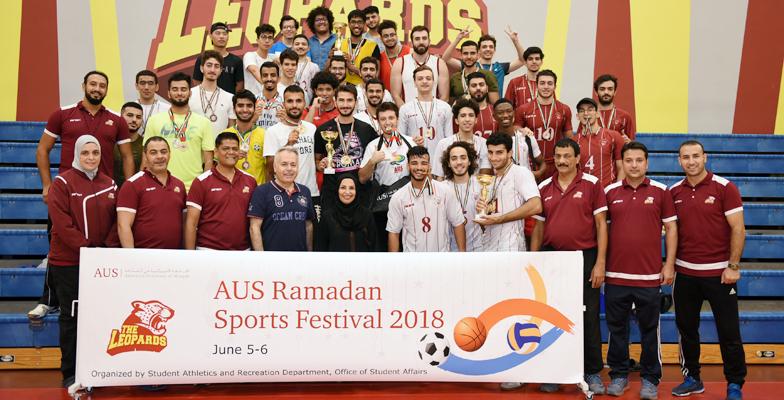 An action-packed program of activities kicked off the AUS Ramadan Sports Festival 2018 on June 5. Around 120 students descended upon the Sports Complex to join in the fun. Six entertaining sporting events were staged during these two nights with the male students invited to take part in futsal, volleyball, streetball and swimming, with female students enjoying water volleyball and table tennis competitions.

The festival’s most popular activity was the men’s indoor soccer competition in which 10 teams participated. The Tolbanators won the championship after an amazing comeback in second half against the Zidan Team. Ayub Al Mounjouni was awarded the best player of the tournament. Zain Katerji was named the best goal keeper and Mohammed Kyuare was the top scorer of the tournament.

Dr. Moza, Dean of Students, presented the medals and trophies to the winners in the prize distribution ceremony.