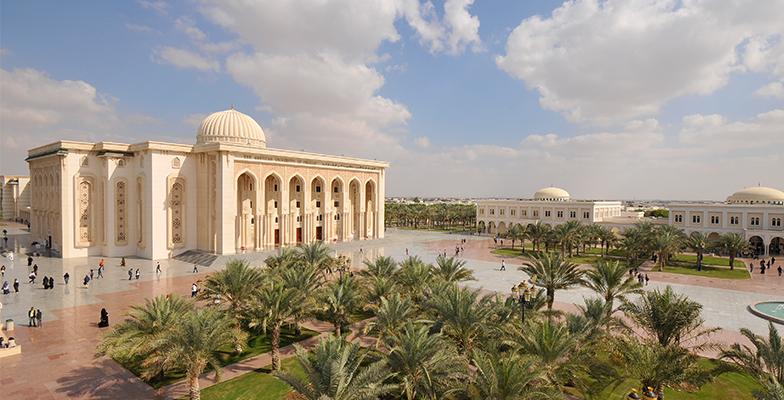 Women in computer science: a conversation

Students and faculty members at American University of Sharjah (AUS) had the opportunity to be part of a recent heart-to-heart conversation between four dynamic women working in the field of computer science that provided insights into their daily work life, the challenges women face in a male-dominated industry and their perceptions of it.

The desire to work in the field of robotics was the main factor that prompted El Kattan and Shapsough to consider working in computer science.

“In my first year at university, I was undecided between computer science, computer engineering and electrical engineering. Upon closer reflection, I felt that computer science offered the most opportunities because it applies to so many fields. Studying computer science, however, was both good and tough. What helped me is that I got involved in project-based activities. I did not like theory on its own, which is why I tried to complement what I was learning with other hands-on classes like web development, or work on projects with my friends. I am a person who learns by doing,” said El Kattan, who is responsible for coordinating the technical and business sides of digital projects at her organization.

Shapsough decided to pursue research and academia for a profession. She tried more than one field of study before she found her calling in computer science. “I took the ‘scenic’ route. When I first joined university, I studied mechanical engineering because I wanted to work on robots. However, during university orientation, I realized that the part I was interested in was not mechanical, but rather electrical. So, I switched in my first year to electrical engineering. During that time, I took general courses from the various branches of engineering and then realized what I was really interested in was the computers part of the work. I switched one last time to computer science and never looked back since!” she explained.

All speakers emphasized, however, that it is important not to limit one’s education to the classroom.

“During my time at university, I took part in hackathons and spoke to developers about software and tools they used. I knew that there was more than one approach to solving a problem other than what we were learning at university. Soon, I was looking up what other tools, programming languages and frameworks developers were using. I started to do a lot of self-learning and looked up online courses. During class projects, I used to try to apply something new every time. These days it is easy to pick things up online. There are so many different platforms where you can learn about new trends and the skills you need to develop for the market these days,” said Hussain, who leads a team of developer advocates as part of the IBM developer advocacy efforts over the past four years.

El Kattan also sought to diversify her experience at university, from working on projects that analyze the influence of social media on politics, to taking classes in data science, game development and virtual reality.

She said: “I tried many things, talked to different people, and opened myself to all sorts of opportunities. I also took a class called Politics for Good, which looked at the social and political implications of software technology and how biased machine learning can be. Many people may consider an automated decision to be correct, when in fact it is not always so. Machines learn from the data we feed them so if the data is biased, any decisions they make will be impacted. I remember I saw a call by Mozilla Foundation, which built the browser Firefox, for projects that explore the impact of Artificial Intelligence (AI) on society. A group of friends who had graduated by then and I, a second-year student, applied and proposed an educational game that shows how AI can be biased in hiring procedures. We won and received funding to build it in a year.”

Transitioning from university to the workforce, many of these computer scientists realized how few women were represented in the field.

“While I did not notice that at university since we had a really good balance between male and female students and professors, I saw the difference when I joined the workforce. It can be pretty intimidating when you find yourself to be the only woman in a meeting with men between the ages of 35 to 50.  However, because you are a woman in the field, you will see things from a different perspective—different from how things are generally perceived. My advice is to always speak up, because no one is looking at things the way you are,” said Hussain.

Shapsough noted that stereotypes and biases often played a role in discouraging women from studying STEM subjects. “It is a cycle. Engineering in general is perceived as a masculine field. A lot of jokes and comments are made about women in engineering that some of us laugh at, but in reality, they are damaging and exhibit an internalized perception about what a woman in engineering should do or even think,” she said.

ElGhazaly concurred, noting that there are many misconceptions about the field that discourage young women from joining. She said: “Many do not know what computer science and engineering is about or lose interest when they hear it is a male-dominant field. However, the number of women in tech has been increasing lately, and I believe soon we will see a much higher representation of women in engineering.”

The event was organized by the Department of Computer Science and Engineering in collaboration with the Upsilon Pi Epsilon (UPE) Honor Society at AUS.