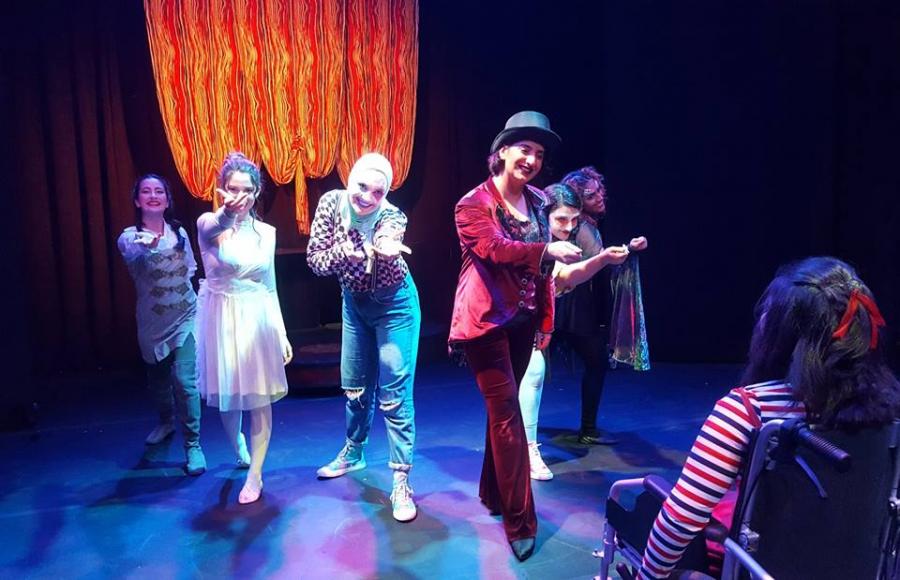 The Second International Theatre Festival organized by the Performing Arts Program of the College of Arts and Sciences (CAS) at American University of Sharjah (AUS), commenced today, February 4, on campus. The festival, which showcases an exciting program comprising theatrical performances, lectures, open workshops and special playwriting and design sessions, will feature a host of prominent local and international individual and institutional participants.

The first iteration of the festival, which was held in January of 2017, proved to be a resounding success and garnered acclaim throughout the region for its performances and workshops. This year, an extraordinary group of talented artists from around the world who have dedicated their lives to theatre both in the professional and academic arenas, will be presenting theatre and music activities throughout the week.

The theme chosen for this year’s festival is Personal Discovery. The aim of the festival is to promote theatre activities and programs not only at AUS but throughout the country through training and activities with international and local performers and partner universities and companies, including Michigan State University; TorVentures; Texas Tech University; Double Edge Theatre; Clemson University; American University of Kuwait; Furman University; and Marina.

Speaking at the opening of the festival, Anthony Tassa, Professor of Theatre, Coordinator of the Performing Arts Program, and Festival Director, welcomed the 39 foreign participants and AUS students to the event and spoke about what audiences could look forward to during the week. He said:

“Theatre for many of us is something more than an activity, a hobby, or even a profession. It becomes almost a way of life, a way of seeing the world, those around us, and the events that shape our cultures. I sincerely hope this week’s events and activities will spur interest in the importance of theatre as an art form that both educates and entertains, teaching skills that are essential to both effective interpersonal relations and cultural development.”

The opening day’s program included a wide range of activities such as the play Cirkus, lectures

Hello My Name Is… presented by Clemson University, February 8.

Roadblocks In Acting And How To Overcome Them, by Rob Roznowski, February 5.

Keynote Address: Why The Art Matters, by Chris Jones, February 5.

The Top Plays You Must Read Before You Die, by Daniel Keegan and Marija Reifft, February 5.

How Did Broadway Get From “Angels In America” To “Hamilton”? And What Happened At “Spider-Man” Along The Way?, by Chris Jones, February 6.

Taking The Role, by Collin Vorbeck from Texas Tech University, on February 5.

Thinking Like A Director: Putting Concept Into Action, by Maegan Azar from Furman University, February 5.

The Process of Design, by Ted Rhyner, on February 5.

To Speak Or Not To Speak, by Annie Northam from AUS, February 7.

Using Meisner Repetition In Acting And Directing, by Yasmine Jahanmir from American University of Kuwait, February 7.

Design On A Dime, by Shannon Robert from Clemson University, February 7.

What A Production Manager Does, by Ted Rhyner, February 9.

Everybody Is A Stage Manager, by Cory Norman from AUS, February 9.