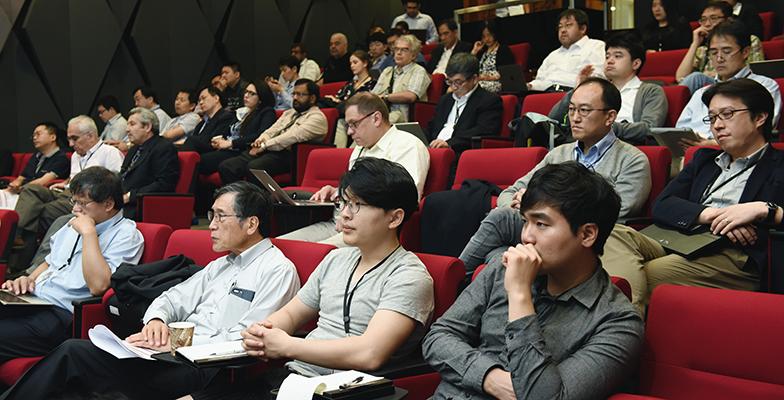 Renowned academics and experts from all across the world have gathered at American University of Sharjah (AUS) to participate in the 10th Asian Symposium on Intense Laser Science (ASILS10) being held in the MENA region for the very first time. The conference, which began on March 10, has drawn around 100 leading international laser scientists who are experts in the study and development of powerful lasers and their applications. The event is yet another manifestation of AUS’s commitment towards research and innovation and its drive to become the leading research university in the region.

The four-day conference has been organized by the Department of Physics at the AUS College of Arts and Sciences (CAS) as part of the Asian Intense Laser Network (AILN). The conference program features a wide range of important lectures in the field of laser science and applications such as high intensity laser technology; generation and applications of THz radiation; femto-chemistry and femto-biology; photonics, optics and spectroscopy, laser-driven particle acceleration, harmonics generation and atto-second physics, and many others. Speakers from a whole of host of countries including the USA, Canada, Sweden, Germany, Saudi Arabia, China, Japan, Taiwan, Korea, Vietnam, India, Russia, and more are presenting their latest findings at the event.

Speaking at the opening of the conference, Dr. Ali Alnaser, Professor and Head of the Department of Physics, who is also the ASIL10 Chair said:

“We are very pleased to hold ASILS10 at AUS this year. This is the first time that the conference is being held in this part of the world. I am very happy to welcome our guests who comprise some of the leading names in the field of laser science. Research and innovation is something that both our faculty as well as our students value very highly. AUS is one of the premier universities in the region; we have always placed great emphasis on organizing international events of this stature that provide us with the opportunity to interact with and learn from the very best in their fields.”

The Asian Symposium on Intense Laser Science (ASILS) is a conference series that was established to encourage collaborations on intense laser science and applications within the framework of AILN) and beyond. The first conference in the series was held in Tokyo, Japan in 2004. Subsequent conferences have been held in India, Malaysia, Korea, Vietnam, China, and Taiwan.