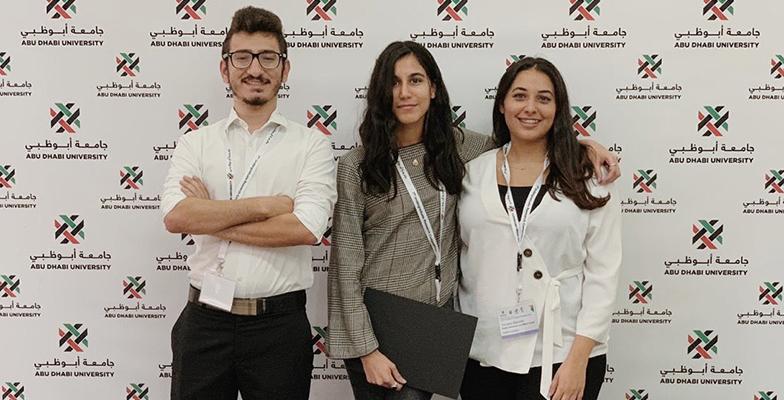 Alyazya Alkhazraji won for her paper entitled “Have Western Orientalist Ideas Evolved into a World-held Truth? The Portrayal of the ‘Orient’ Arab in a Korean Television Series." She worked under the supervision of Dr. Hania Nashef, Associate Professor of Mass Communication.

Speaking about her paper, Alkhazraji said:

“I wrote the paper for a course I took in Fall with Dr. Nashef and she encouraged me to participate in the competition. My paper focused on the misrepresentation of Arabs, their cultures and societies in a Korean television series, to explain the dangers of reproducing old ‘orientalists’ ideas in our modern world.

Some of the things I discussed were the frequent association of Arabs with the desert, camels, mysticism, and magic; the portrayal of men as barbaric, violent and evil; and how women are viewed as exotic and seductive, yet trivial through depicting them in a similar light as 18th-century art of harem girls.”

Alkhazraji is currently pursuing a double major in mass communication and international studies:

“I majored in journalism because it felt like a promising and active major that would allow me to write as much as I want. And then during my sophomore year, I declared international studies as my second major after taking a course with an excellent professor. I remember falling in love with international studies simply because I didn’t know anything about it when I declared it. It’s continually opening my eyes to different worlds. Doing a double major was my only option because there is no way I could let go of either journalism or international studies.”

The ADU Undergraduate Research Competition has become largest national event that targets undergraduate students from universities across the UAE and all major disciplines.