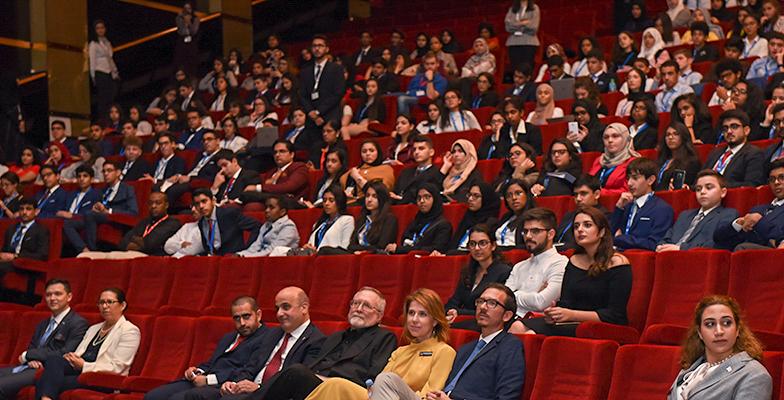 AUS hosted the first Model Congress in the Middle East region on November 15 on its campus. The three-day event brought together more than 20 UAE universities and high schools who participated in simulations of congressional proceedings and debates.

Working with faculty members from the Department of International Studies at AUS, the entire event was initiated and implemented by AUS students belonging to different majors. More than 50 students were involved in the organization of the event.

"This is a unique event since there are only four universities around the world that organize the Model Congress and AUS is the only one in the Middle East region to do so," said student Nasser Anwahi, President of the Model Congress Organizing Committee.

During the event, the 300 delegates were designated as Democrats and Republicans; they were then divided to work in 12 committees focusing on a variety of topics where they were required to debate, negotiate and draft bills.

The event provided students with first hand experience to develop an understanding of the internal workings of the entire congressional system in a way that classrooms or textbook can not.

"We hope that this event will grow and expand as the years progress," said Anwahi.