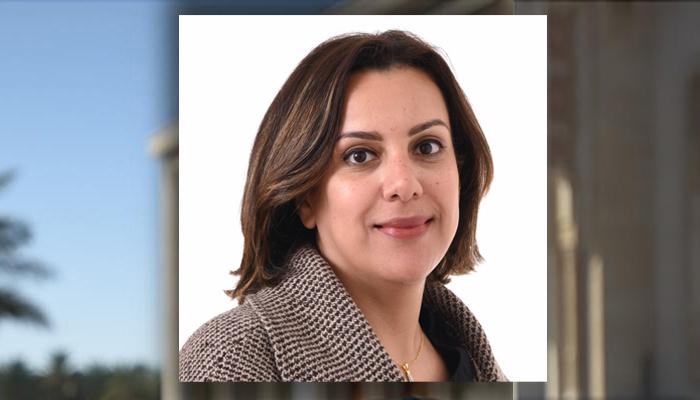 With business terminology rapidly changing as the business world transforms, it is vital for translators and business communicators to possess cultural awareness and communicate crucial information accurately. This prompted Dr. May Zaki, Associate Professor in Arabic and Translation Studies at American University of Sharjah (AUS), to work on a book about the key Arabic and English business terminology professionals and learners in the region and beyond need for successful business communication.

Together with co-author John Mace, author and researcher, Dr. Zaki began to expand and enhance Mace’s earlier work on the topic published in 2008. The new and improved second edition, entitled Business Arabic: A Comprehensive Vocabulary, was recently jointly published by Georgetown University Press, Washington, DC, and Edinburgh University Press, Edinburgh, and consists of more than 2,000 expressions and coinages commonly used in the workplace, including 700 new entries.

“Arabic is one of the leading world languages in terms of the number of native speakers, as well as one of the increasingly popular languages to learn as a second/foreign language. However, there are very few resources on Business Arabic compared to other languages. The first edition of the book became outdated and required a thorough revision. I was approached by the publisher to work on a second edition in 2018 and the work began in early 2019. It is now a great resource not only for translation purposes, but also for any professional in the business world who needs to comprehend, write and speak modern Business Arabic,” said Dr. Zaki.

The book is divided into themes that cover data and communication; finance; insurance; law and contract; research and production; publicity and marketing; storage, transport and travel; personnel; and meetings and conferences.

“These specific thematic sections represent the core areas of the business world in addition to a ‘general section’. These core areas did not really change but rather evolved over the past 10 years and became more specialized, prompting the need for more terminology. This was the objective that we set out to fulfill. For example, in finance, we added terminology related to crowdfunding and incubators, and in meetings and conferences, we added terms related to webinars and video conferencing. All of these are important additions as they meet the demands of the contemporary business world,” she said.

The co-authors carefully considered the structure of the book and its themes. Each section included an alphabetical list of the terms and phrases related to each theme while noting the intersection between some of them. The authors also addressed some Arabic terms and expressions where there is no obvious consensus on the best equivalent. Issues related to common use, grammatical correctness and accuracy were considered.

“We followed two main techniques while working on the book. We first revised the existing material then updated it with new entries. For both tasks, we had to carry out tremendous amount of research to agree on the best choice of terminology and we added more than 700 new entries in this edition,” said Dr. Zaki.

AUS offers a Master of Arts in Translation and Interpreting that equips graduates with highly specialized translation and interpreting skills in English and Arabic. For more information on the programs offered in the Department of Arabic and Translation Studies at the College of Arts and Sciences, please visit www.aus.edu/cas/department-of-arabic-and-translation-studies.