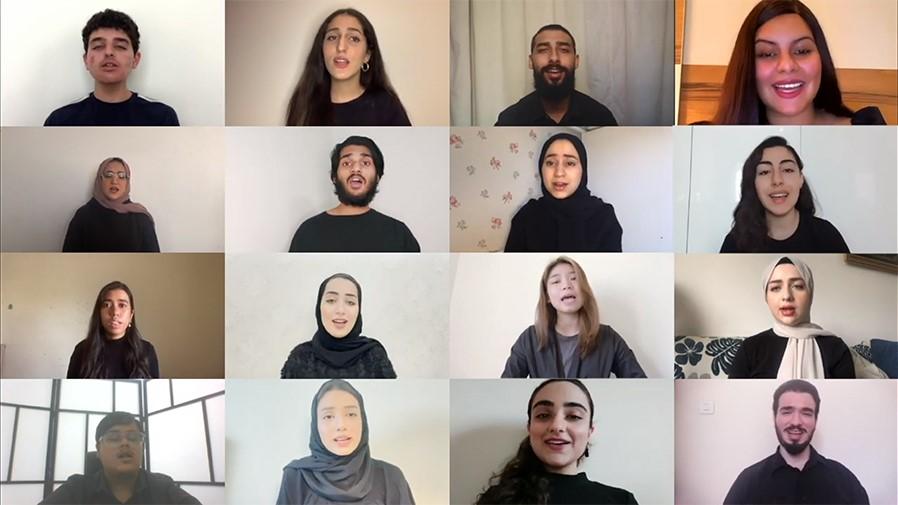 Soireé Musicale: An exciting evening of classical and contemporary music at AUS

The concert this year was divided into two parts featuring nine soloists from the voice and piano studio who trained with Dr. Sherri Weiler, Associate Professor in Performing Arts at the university, and the Arabic Music Ensemble, comprising 20 students.

“This event is part of an AUS tradition that has been taking place for the past 10 years as part of the Performing Arts Program,” said Albert Agha, Assistant Professor of Performing Arts and musical director of the event. “Creativity is something that we value in the world of higher education. What sets future leaders, entrepreneurs and successful individuals apart is their ability to articulate themselves and be innovative thinkers in their respective fields.”

Agha spoke about the many advantages students gain by participating in the performing arts, which can benefit them in their studies and in their future careers.

“Due to a rapidly accelerating and changing world, and fierce competition among prospective employees, as well as the rise of things like automation and artificial intelligence, students involved in the creative arts field, either fully or as a compliment to their disciplines, certainly gain valuable skills through the performing arts. We usually see the results of this after students graduate when they face the prospect of employment. In most cases, those with creative arts backgrounds stand out among job candidates because of their strong innovative and macro-level thinking, and strong communication and public speaking skills, which they gain through our program here at AUS. Additionally, students engaged with the performing arts are able to manage their stress in better and more productive ways throughout the semester, as well as enhance their cognitive abilities and coordination,” he said.

The virtual event utilized a special software that allowed the students to record their performances at home and sync them together as a final production. The process took time and effort but proved to be a resounding success.

“I am very proud of this big achievement and the work of the students. It took a lot of dedication and effort to be able to learn and perform music remotely,” said Agha.

As one of the rare programs of its kind available in the region, the Performing Arts Program at AUS offers students—regardless of their major—unique opportunities to study the exciting fields of music and theatre and to showcase their talent by performing in concerts and theatrical productions. The program offers two minors, either in music or in theater. Students also gain valuable hands-on experience by participating in the technical and backstage components of music and theatre productions.

For more information on the program, please visit www.aus.edu/cas/performing-arts-program.