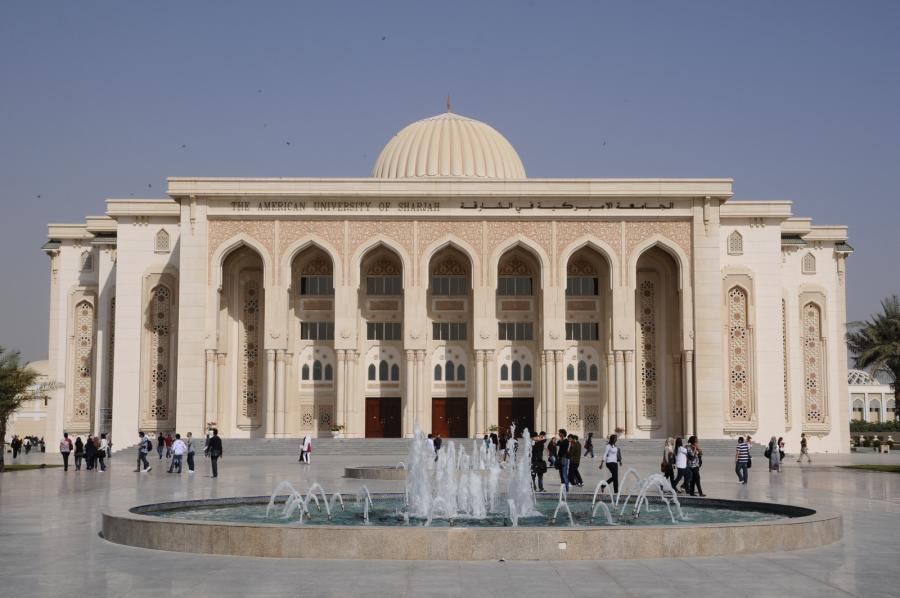 Student research presented at the Third AUS Conference on Mathematics

From the impact of COVID-19 on online teaching to using mathematical modeling in children’s cancer research, the work of 19 university students from the UAE and the region was shared at the Third American University of Sharjah (AUS) Regional Students’ Conference on Mathematics held recently.

“The primary objective of this conference was to bring together undergraduate and graduate students to an online forum in which they could exchange ideas in different branches of mathematics and communicate recent developments in mathematical research and education. This conference aimed to promote a culture of research in mathematics in the UAE, in particular, and in the region, in general,” said Dr. Ghada Alobaidi, Associate Professor in Mathematics and Statistics at AUS and chair of the conference committee.

The day-long conference, which was held virtually and attended by more than 225 delegates from across the UAE and the region, featured student work from a number of participating universities including AUS, UAE University, King Abdulaziz University, Khalifa University, Kuwait University and Um Al-Qura University.

Rohan Mitra, a second-year AUS student with a double major in mathematics and computer science, presented a personal project he developed to solve problems in Graph Theory—the study of mathematical structures used to model pairwise relations between objects.

“This is usually a very long and tedious process to compute manually, and not feasible for large graphs. My program can help researchers in mathematics and computer science check isomorphism (similarities) for large graphs quickly. This is crucial because there are many applications for Graph Theory in computer science,” said Mitra.

He added: “I originally wrote this program as a personal project to help me solve questions quickly in class and to do my homework for a course I am currently taking on Graph Theory. I shared the project with my professor, Dr. Ayman Badawi, who shared it with the rest of the class and encouraged me to present it at the mathematics conference. This has been my first major technical presentation on such a large platform. It provided me with a lot of feedback from peers, colleagues and professors, which motivated me to work harder. Their appreciation showed me that I am on the right path in my academic journey. I have also found that creating a link between computer science and mathematics is not only a passion of mine but is also an area that is sought after by many, which encourages me further to pursue such endeavors.”

Also, participating in the conference was Valery Lacoste, a graduate student in mathematics at AUS, who presented her research on the creation of a mathematical model to help understand the inner workings of a specific cancerous cell that mostly affects children.

“The idea is that by creating this model, we can turn on and off different genes on the computer and see what happens to the cancerous cell rather than carry out lengthy and costly lab experiments. The conference has provided me with a great opportunity to present my work and share it with others,” Lacoste said.

The conference also featured a presentation by Reem Elfatih Salman, an AUS graduate student in mathematics, who proposed a general framework that aims to improve the accuracy of machine learning algorithms using an ensemble of feature selection methods (reducing the number of input variables for the different scenarios simulated to work out all the possible outcomes).

“With the prevalence of big data, feature selection has grown to become a necessary preprocessing step across many data mining fields. While presenting the results of my work in a simple and summarized manner had its challenges, I have learned a great deal through the experience. I was also been able to hear many excellent presentations from different students and across multiple applications. That was particularly enlightening. In fact, I feel like I have gained a little more insight into the various areas of mathematics,” she said.

The event was attended by Dr. Juan Sanchez, Provost and Chief Academic Officer at AUS; Dr. Mahmoud Anabtawi, Dean of College of Arts and Sciences; and Dr. Abdul Salam Jarrah, Professor and Head of the Department of Mathematics and Statistics at AUS.