There are no instant wins in life, says AUS alumna | American University of Sharjah
Skip to main content
S 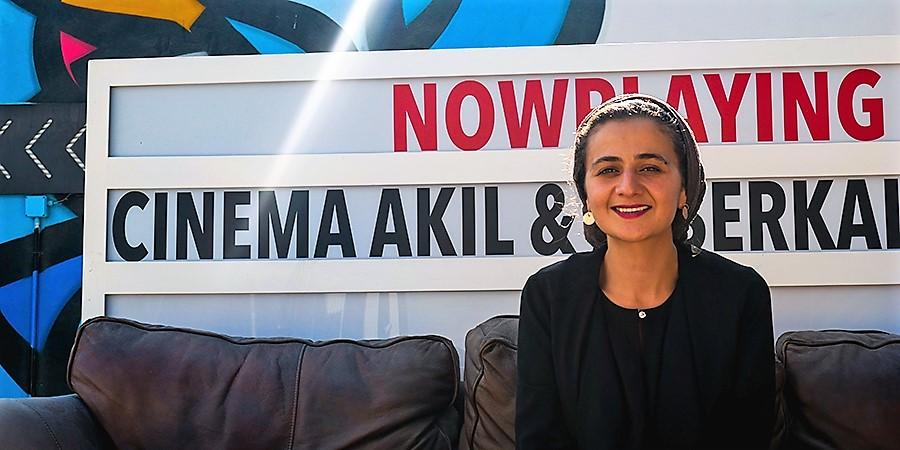 There are no instant wins in life, says AUS alumna

American University of Sharjah (AUS) alumna Maryam Wissam Al-Dabbagh attributes her success in life to her unwavering belief in the “audacity of experimentation.”

Al-Dabbagh graduated from AUS with a Bachelor of Arts in Mass Communication with a concentration in print journalism in 2003. She then went on to earn a master’s in global media and postcolonial communications from the School of Oriental and African Studies (SOAS), University of London, in 2011. She is currently the principal and co-founder of Rouya Consultancy, a public relations, communications and content consultancy; in addition to being a well-known writer, researcher and consultant on culture and the arts.

“It is difficult to look inwards and think of how to describe myself and my work. I experimented with things I loved and things I did not understand, creating memories and forging partnerships and friendships that I consider my real success,” she said.

A year after graduating from AUS, Al-Dabbagh took her first entrepreneurial step by co-founding Soura magazine, a photography publication, in 2004. Her career path continued to take her on an exciting journey, with her becoming the head of communications for the Sharjah Biennial, developing an artist residency program at Cuadro Art in Dubai, and developing the media strategy for the visit of the Iraqi parliament members to London in 2011. She also managed the national pavilion of the UAE at the International Arts Exhibition La Biennale di Venezia.

Appointed as a fellow at the Open University in London for a year, she studied BBC Arabic’s political coverage of television programming of the Egyptian elections. She has also published numerous articles and essays on identity in the United Arab Emirates, including “Remembering my narrow veins” published in the State Journal, and her research on Arab immigration in Sharjah entitled “Fantastical Reiterations of Pasts Lost” conducted as part of the ongoing study by 1971 design space: Design House: Change, Coordinates + Someone Else. She has also published an article on Arabic content development in the Middle East as part of the talks program at Abu Dhabi Art, entitled “Impressions and Observations on Arabic Cultural Content: Opportunities and Challenge.”

As a sought-after speaker on communications, culture and the arts, Al-Dabbagh has delivered talks and been part of panels at a wide variety of international events including the Global Art Forum, Abu Dhabi Talks Program, Sharjah Art Foundation, The Jameel Library Circles in Dubai and Alserkal Avenue.

“When I reflect on the many memorable moments from my career, I think of the smaller wins… like going through an interview, for example, and getting the job. But thinking back, I am grateful for setting up Rouya Consultancy with my partners. It is hard work that pays off gradually. There are no instant wins. This is how life works. I am an ol' fashioned girl who still believes in the merit of slow cooking,” she said.

Reflecting on her experience at AUS and its impact on her career, Al-Dabbagh notes that AUS continues to be one of the most reputable universities in the region. She recognizes how privileged she was when she saw doors open for her as a fresh graduate.

It was her love for writing that made her pursue a degree in mass communication. “I believe journalism to be one of the world's most noble professions and callings. I wanted to report on injustice in the world, through the lens of the East, not the West. I believed then, like I do now, in the power of the written word and wanted to manifest this power to, naively maybe, change the world back then. Today, I am happy to micro influence smaller groups and hope that the positive impact will have a ripple effect,” she said.

The future holds so many possibilities for Al-Dabbagh, who contemplatively said: “I have so many aspirations that it is difficult to pinpoint one. I want to continue my education and possibly apply for a PhD program. At the same time, I dream of retiring from the daily hustle and opening up my own bakery/cafe/writers' nook one day.”

She has valuable advice for AUS students. “Read! Not Instagram posts only, not online articles only…read everything. While I brag about how I once read more than 150 books in a year, even though I have not crossed that number since, those books and that knowledge stayed with me. It is manifested in every email, every report, and every article I write. Learning is so important. Its pursuit takes time, but it is worth it.”

For more information on the mass communication program at AUS, visit: www.aus.edu/cas/department-of-mass-communication/bachelor-of-arts-in-mas...