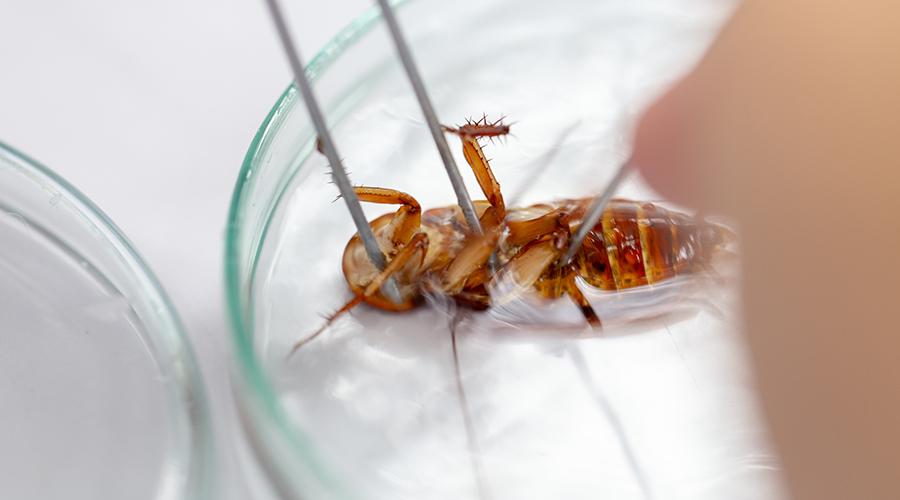 Antibiotics from cockroaches may save lives, finds joint study led by AUS

Sharjah, UAE, December 20, 2020—The potential for developing bacteria-fighting antibiotics from molecules found in cockroaches is under investigation in a joint study led by American University of Sharjah (AUS).

“More than 17 million people are dying annually worldwide due to bacterial infections. We have approached a pre-antibiotic era where bacteria are becoming resistant to commercially available drugs. There is an urgent need to find novel ways to prevent and/or treat bacterial infections. We have found numerous molecules in cockroaches that kill 100 percent of MRSA, which is bacterium that causes infections in different parts of the body, E. coli K1-causing bacteria, and others. These molecules do not show any adverse effects on human cells,” said Dr. Naveed Khan, Professor and Head of the Department of Biology, Chemistry and Environmental Sciences at the AUS College of Arts and Sciences (CAS).

Dr. Khan argues that since cockroaches live in some of the filthiest places on earth, they must have potent defense mechanisms against superbugs that help them thrive in polluted environments. Meanwhile, humans are trying to find ways to protect themselves from various infections by introducing new antibacterial soaps.

“We tested this hypothesis by examining various organs and micro-organisms that live in the cockroach’s digestive tract. The research found several new antibiotics in cockroaches. While we consider these insects pests, there is a lot to be learned from them. Cockroaches have been living on this planet for millions of years, surviving natural disasters and superbug attacks. Our research findings have the potential to save millions of human lives if we succeed, especially because we are facing increased threats from infectious diseases and seeing new superbugs emerge,” he said.

Lab testing, which has been ongoing for the past five years, found strong antimicrobial agents in cockroach molecules. However, clinical testing on animals will allow the verification of their efficacy and impact.

“This is an exciting time and we are looking forward to testing potential molecules against bacterial infections in animals,” said Dr. Khan.

The research findings have been widely published in scientific journals, and the group has secured significant grants to help support their work.